"CHRISTIAN" CENSORSHIP - THE GAGGING OF THOSE WHO ARE RIGHTLY EXPOSING "THE UNFRUITFUL WORKS OF DARKNESS." 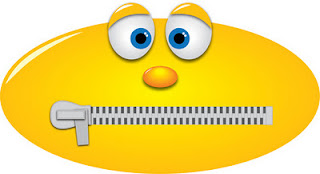 "Were they ashamed when they had committed abomination? nay, they were not at all ashamed, neither could they blush: therefore they shall fall among them that fall: at the time that I visit them they shall be cast down, saith the LORD.

Thus saith the LORD, Stand ye in the ways, and see, and ask for the old paths, where is the good way, and walk therein, and ye shall find rest for your souls. But they said, We will not walk therein.

Also I set watchmen over you, saying, Hearken to the sound of the trumpet. But they said, We will not hearken."
(Jeremiah 6:15-17)

"And have no fellowship with the unfruitful works of darkness, but rather reprove them."
(Ephesians 5:11)

I write these words mindful of and in support of Treena Gisborn, a fellow watcher on the walls up in the Midlands, who has willingly and ably helped greatly in the efforts to expose the utter falseness of the so-called "Welsh Outpouring" at the Victory Church in Cwmbran, for which action she is to be much applauded and thanked! Treena has of late been involved in sounding the warning shofar concerning the Trinity Life Church in Leicester, who have taken exception to being correctly reproved, and rather than answering the concerns in a proper Christian manner have instead chosen to complain to Google. In response to their bleats of complaint, Google have removed a couple of her articles. To date, the reason for this action has not been given.

This is Satanic censorship, the stifling of free speech in defence of the True Gospel of Jesus Christ, the gagging of the watchers on the walls who dare to raise their head above the parapet, see the dangers, and properly warn of those dangers to anyone who might hear and act accordingly.

The Enemy just HATES to have his "unfruitful works of darkness" exposed to the light. He will use threat, abuse, internet censorship and indeed any underhanded means at his evil disposal to silence the hated shofar!

These are perilous times indeed. "The faith which was once delivered unto the saints" is under attack like never before, with unprecedented levels of deception eating like acid into the fabric of sound doctrine and Scriptural Truth. So very many "Christian" congregations are refusing to "ask for the old paths... and walk therein." Like Victory Church in Cwmbran and Trinity Life Church in Leicester, they refuse to "hearken to the sound of the trumpet." Which makes them accountable to the Lord for such refusal. As it is written:

"Then whosoever heareth the sound of the trumpet, and taketh not warning; if the sword come, and take him away, his blood shall be upon his own head.

He heard the sound of the trumpet, and took not warning; his blood shall be upon him. But he that taketh warning shall deliver his soul."
(Ezekiel 33:4-5)

Please pray for all those who stand on the wall! Please make intercession to the Lord for their continued guidance, strength and protection. All God's watchmen and women have a sober duty of care. And we have to do what we do. Because if we see the danger, and don't give the warning, then it is we who are accountable to the Lord for our disobedient silence. For as it is also written, in the very next verse:

WE ARE CALLED TO STAND!


"Wherefore take unto you the whole armour of God, that ye may be able to withstand in the evil day, and having done all, to stand."
(Ephesians 6:13)