REVELATIONS ABOUT HOWARD CONDER AND REVELATION TV - A FORMER EMPLOYEE SPEAKS OUT CONCERNING THEIR DECEIVING OF VIEWERS OVER THE STATION'S FINANCES! 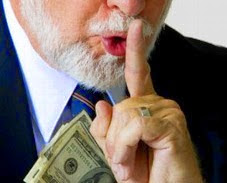 It has long been noted that Revelation TV is a very heavily compromised channel, having no qualms about broadcasting the programmes of some of the most grievous wolves in sheep's clothing on the face of the planet. I wrote myself to Revelation TV some while ago concerning their broadcasting of false teachers, an example at that time being their airing of the notorious charlatan Benny Hinn's 'This Is Your Day.' (I had no response whatsoever). Their current schedule includes the likes of Jesse Duplantis and Joyce Meyer, who similarly present "another Jesus... another spirit... another gospel." (2 Corinthians 11:4). It is quite obvious that the channel has learned nothing about unacceptable compromise since Jacob Prasch's departure back in 2011, and the Justin Peters incident the previous year when a live interview with him was taken off air when he dared to "name and shame." They have continued relentlessly along their spiritually reckless way, with wilful disregard as to how their collusion with deadly deceivers brings not only disgrace to the Body of Christ but completely undermines the preaching of the True Gospel, exposing millions of viewers to spiritual mauling and mutilation by hungry wolves who feed off the flock!

What gives added grave concern to what was already a grievous compromise, is that it is now known that the proceeds of selling air time to such dealers in deception as Duplantis, Meyer et al. go straight into the coffers not of the Revelation Foundation, but a company called 21st. Century TV Limited. Howard Conder has always maintained that he and wife Lesley take no salary from Revelation TV, that their income comes from "other means." Which is actually 21st. Century TV Ltd., which comprises of Howard Conder (Director) and Lesley Conder (Office Assistant).

VIEWERS ARE BEING DEEPLY AND DELIBERATELY DECEIVED BY HOWARD CONDER AND REVELATION TV, AS THEIR "TRANSPARENCY" IN SHOWING THE STATION'S INCOME TO THEIR VIEWERS IS IN FACT ANYTHING BUT! THE FIGURES THEY PRESENT ARE FOR THE REVELATION FOUNDATION ONLY, THE VIEWERS BEING THUS CYNICALLY MISLED AS TO THE NEED FOR THEM TO DONATE TO THE CHANNEL TO KEEP IT ON THE AIR. NOTHING COULD BE FURTHER FROM THE TRUTH, AS WHAT IS CAREFULLY KEPT UNDER WRAPS IS THE VERY CONSIDERABLE INCOME DERIVED FROM THE SELLING OF AIR TIME TO THE LIKES OF SUCH 'WORD OF FAITH' AND 'PROSPERITY GOSPEL' PEDDLERS AS HINN, DUPLANTIS AND MEYER. SUCH "DIRTY MONEY" IS CUNNINGLY CONCEALED, BY COMING IN THROUGH THE BACK DOOR OF THE OPERATION - THE CONDERS' 21ST. CENTURY TV COMPANY - RATHER THAN THE FRONT DOOR OF THE REVELATION FOUNDATION! BY THIS MEANS, THEY CAN FREELY FILTER THESE FUNDS IN WHATEVER WAY THEY CHOOSE, AND AVOID DISCLOSING THESE "HIDDEN ASSETS" TO THEIR DUPED VIEWERS! 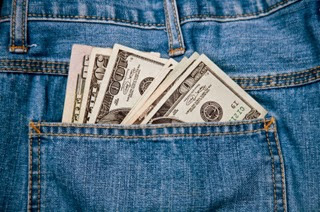 Air time for sale! Any deceiver's dollars will do nicely, thank you!

However it might be dressed up, Howard and Lesley Conder have effectively been living off money they've gained from so-called "Christian ministries" who have themselves obtained that money from basically conning people into believing that they have been supporting the work of God with their contributions! Deception breeds deception. Corruption breeds corruption. With a joint income of £80k per annum, the Conders are rather handsomely rewarding themselves for putting profit before principle! The tainted money pouring into their company from a pack of wolves has been more important to them than maintaining Christian integrity and transmitting only the pure and unadulterated Gospel of Jesus Christ.

Let's have a little look at the financial standing of the Conders' 21st. Century TV Ltd. The most recent figures published (for the year ending 31/3/14), which are easily accessible and verifiable via a quick Google company search, underline just how healthily the company is trading. It has total assets of £857,168, with net assets of £449,298 after total liabilities of £407,870 are taken into account. And money in the bank? No less than £433,529! On the BizDb site, the company description concludes with the telling observation: "From the moment the company debuted in this line of business thirteen years ago, this firm has sustained its impressive level of success." These facts and figures speak volumes. Revelation TV has had no need whatsoever to elicit funding from its viewers. Yet they have unashamedly done so, by being extremely economical... with the TRUTH!

THE CONDERS' EMPIRE HAS MET WITH GREAT FINANCIAL SUCCESS.
BUT AT THE COST OF VERY GREAT SPIRITUAL AND MORAL FAILURE!

But if their compromising of the Faith and their financial deception wasn't bad enough, the unrighteousness of Howard Conder and Revelation TV does not end there! Sarah Acott, a young lady who worked for Revelation TV in its earliest days has now, after years of silence, very courageously publicly shared what she personally experienced while at the station, her observations about its finances, and the treatment she has since received from Revelation TV and its personnel.

"Howard Conder lied about me for propaganda. Yes, I know, there are many people out there who couldn't believe such a thing. I didn't think he was capable of something quite so awful, especially to someone who gave him a year of their life to help set up RevelationTV.

Howard did this because the Revelation Foundation is being investigated by the Charity Commission for various things. Howard wrongly believed that I had been one of the people who reported them. I wasn't, but perhaps I should have been?

In his desperation Howard wrote a very long Facebook post back in November 2014. In it, he talked of a Sarah nee J. That's me! However, my actual name is Sarah Acott. Unfortunately, Howard decided to rewrite history and made many false accusations about me.

The thing that is hardest to forgive, however, is not the lies about me personally, as there is a chance he may have just been confusing me with someone else. The real problem is that I sent a confidential report to the trustees in 2012, which together with the lies, Howard EDITED and posted on Facebook!"

The above quote just gives a snapshot of what has occurred. I would urge everyone to read Sarah's full disturbing story on her own blog at:
https://godvschristianity.wordpress.com/2015/05/14/why-i-think-revelation-tv-is-being-investigated-by-the-charity-commission/

Please, please, check out their very revealing articles on both these sites, together with the comments received, and lend them your support!

Howard Conder has been running with the fox and hunting with the hounds for a very long time, willingly and freely partnering with any apostates having the cash to flash, and duly splash in his direction. It is obvious that the concerns raised by Sarah Acott are fully justified, and as for his totally unrighteous responses to her, it is just shameful before God that he's prepared to go to such lengths to counteract her quite proper questioning of him and his modus operandi. 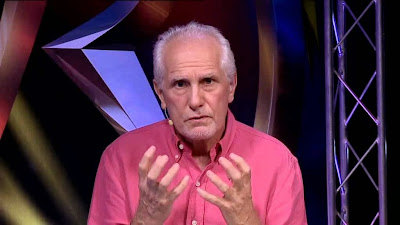 Howard Conder, a man sadly playing fast and loose with the Truth...

HOW CAN HOWARD CONDER AND REVELATION TV REALISTICALLY MAKE OUT THAT THEY'RE SHINING A TRUE LIGHT UNDER THESE CIRCUMSTANCES? IF THEY CANNOT - OR WILL NOT - PUT THEIR HOUSE IN ORDER, GET OFF THE SAND AND ONTO THE ROCK, REPENT AND APOLOGIZE, THE STATION SHOULD COME OFF THE AIR. PERIOD. THE BALL'S IN YOUR COURT, MR. CONDER. PLEASE CONSIDER IF YOU WILL THE FOLLOWING SCRIPTURE:

"Whoso loveth instruction loveth knowledge: but he that hateth reproof is brutish.
A good man obtaineth favour of the LORD: but a man of wicked devices will he condemn.
A man shall not be established by wickedness: but the root of the righteous shall not be moved."
(Proverbs 12:1-3)